The WritersRoom Showrunner Masterclass is a two-day immersive workshop run by the writers and showrunners behind Criminal Minds, Heroes, Spooks, Versailles and many more of the world’s leading drama series. WritersRoom is an initiative designed to help television writers develop the skills required to create, pitch and run serialised drama in the international entertainment business.

The WritersRoom Showrunner Masterclass is a two-day immersive workshop run by the writers and showrunners behind Criminal Minds, Heroes, Spooks, Versailles and many more of the world’s leading drama series.

WritersRoom is an initiative designed to help television writers develop the skills required to create, pitch and run serialised drama in the international entertainment business.

This two-day masterclass brings a limited number of writers together to work in teams run by Simon Mirren, Yule Caise and David Wolstencroft in an immersive workshop that showcases how to create, develop and pitch drama series at the very highest level.

It also teaches what to do, and what not to do, when developing drama series.

These leading showrunners will run the interactive workshop to hone skills and develop an understanding of how to create, develop and pitch a pilot.

The course takes place at Kings Place in London and runs alongside C21’s Content London event.

Simon Mirren is a seasoned US Showrunner who has worked on Criminal Minds, Without A Trace, Spooks, Versailles and other leading franchises. Most recently he launched Atlantic Nomad with former president of film at Content Media, Jamie Carmichael. Atlantic Nomad will allow the two LA-based Brits to supply high-end, mainstream TV programmes and films to studios, networks, digital platforms and major independent distributors worldwide. The company plans to create a slate of between six and 10 original series over the next 12 months from both the US and UK, alongside one or two theatrical film projects each year. 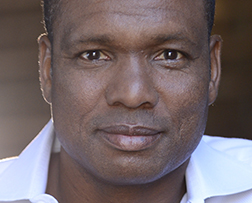 Yule Caise is an award-winning writer, director and producer of film, television and new media. Caise is co-founder of BTB (Behind the Billboards), a US-based international coproduction company, creating premium content for global audiences. His contributions to the NBC television series HEROESwon an Emmy Award for Interactive Media Programming for The Heroes Digital Experience. Recently, Caise served as a writer-producer on BET’s Tales, a scripted hip hop anthology series. Previous writing credits include Showtime’s Free Of Edenstarring Sidney Poitier, as well as the film Way Past Cool. He is currently developing a limited series, The James Baldwin Project,with Red Arrow Studios International. Caise is a graduate of Harvard University and earned his MFA in Screenwriting from UCLA. 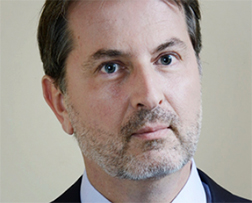 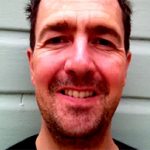 Jesse Cleverly is the creative director of BAFTA winning Wildseed Studios, a scripted IP incubator which produces digital pilots of scripted ideas from emerging creators and sells them to premium platform partners. Of the 20 pilots Wildseed has published, 60% have led to deals, and Wildseed is currently working with a range of partners including BBC3, Channel4, Netflix, Sky, Fullscreen, Disney, Frederator Networks, Shaw Communications, Wildbunch, and Teletoon. Prior to founding Wildseed Jesse ran a creative services company and showran for companies including Aardman, Method and Working Partners, as well as selling a film adaptation of the novel The People’s Act of Love to Johnny Depp’s Production company Infinitum Nihil. Prior to this Jesse spent 10 years in a range of senior editorial positions at the BBC including BBC Films (where he developed the film Eastern Promises dir. David Cronenberg), head of development at BBC Fictionlab (the BBC’s digital storytelling unit) and as head of coproductions and acquisitions at BBC Childrens. 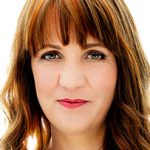 Hayley McKenzie  is the CEO/Founder of Script Angel, providing professional talent development programmes for screenwriters. Hayley has established the company as a leading player in the discovery and development of writing talent in the UK, Canada and USA. Formerly a development executive at ITV Studios, Hayley has over 20 years of script development experience in feature films and television drama, including for BBC, ITV and Channel Four.

This interactive masterclass is built around delegates working in teams on a supplied sample premise in the same way a US writers room would work. It finishes with each team pitching their vision.

It includes explorations of:
• An introduction to showrunning.
• Cast and character creation.
• Pitch design and execution.
• Creating a pilot episode.
• Pitch rehearsals and feedback.
• Pitches in practice.

• Enable participants to learn the approaches, processes and techniques used by experienced Showrunners.

• Help participants develop a collaborative approach to creating drama series by working together to develop a show from scratch on the day.

• Teach participants the key development questions to ask and answer when developing their own shows.

• Provide participants with an understanding of the commissioning process and help them develop their skills for pitching their ideas to the industry.

“You will come out of this masterclass with a new understanding of how to create high-end television drama.”

9.00am – 9.30
Registration and continental breakfast

10.30am – 11.00
Writers announce the rooms and outlines the purpose of the two days and how it will work.

2pm – 3.30pm
Character development and discussion about how to select a lead character. Dynamic tensions, conflicts etc leading to themes, character as destiny, and the likely effect on selection of lead character.

4.00pm – 5.30pm
Story starting points, as a way to identify the teaser scenes along the way.

12 noon – 1pm
Secret voting on favourites, selection of showrunner and beginning of discussion of Pilot plot.